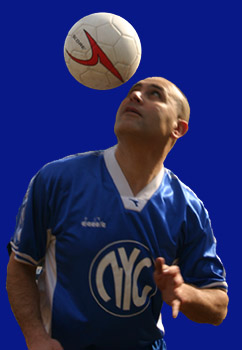 Zizo, a native of Egypt, has over 20 years of professional experience. He began playing for the Junior Team of the Tanta Club, Cairo (One of the largest agricultural/Industrial cities in the Nile Delta of Egypt). He led the junior league with the highest number of goals during the years 1985 – 1993.

Zizo and his team of coaches are all licensed in the United States and have extensive soccer experience. Their goal is to provide the inspiration needed by young players to become further soccer stars.